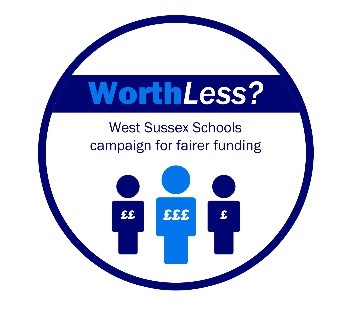 Thank you for your continuing support for Worth Less? and our campaign to gain transitional funding of £20m beginning in the financial year, April 2017.

Our collaborative efforts have allowed the dire financial situation of schools across West Sussex to be fully appreciated and understood. Whilst a new National Funding Formula could, and should make things better for the future, it simply will not solve our current financial crisis. Primary schools are being run on a shoestring and budget forecasts for secondary and special schools are showing projected shortfalls of hundreds of thousands of pounds.

Your children’s schools cannot afford to employ adequate numbers of staff and even the most basic services such as books and IT equipment are proving to be out of reach.

In a recent parliamentary debate, initiated by local MPs, our plight was effectively highlighted to representatives from the DfE; we are grateful for this intervention.

The fundamental issue remains, however, that despite expressions of concern by Headteachers, local representatives/MPs and the media, no interim funding has yet been offered by the DfE. We are concerned that our legitimate and reasonable requests are falling on deaf ears.

In a letter to a local Headteacher, dated 2 November 2016, Nick Gibb MP (Minister for Schools) wrote “In 2015-16 we made a step towards fairer funding by adding £390m to the schools budget, targeted at the least fairly funded authorities, including West Sussex. The additional funding for West Sussex was included in their baseline in 2016-17 and is protected for 2017-18.” Headteachers are dismayed that the Minister is still trying to allay our fears by writing in such terms. Of the £390m, West Sussex schools received less than £1m (£930k). This represented an increase of less than £10 per child across West Sussex.

Without £20m interim funding, the highly undesirable options that we are now actively planning for – increased teacher/pupil ratios, modified opening hours and reductions in basic services such as cleaning – look increasingly likely.

School leaders are perplexed as to why an interim settlement cannot be found as we await the introduction of a new National Funding Formula. At the start of the year £500m was made available for a wholesale academisation programme. Last week, this policy was scrapped, and we are struggling to understand why the newly available funds cannot be reallocated.

Further, if the DfE chose to reduce the average London borough per pupil funding by £100 – from £6,000 to £5,900 – funding totalling hundreds of millions of pounds would be generated. Again, part of this could be reallocated to West Sussex schools and academies.

On 18 and 24 November, primary and secondary school leaders are holding emergency meetings to look at the ‘next steps’ for our interim funding campaign. We will be liaising with two local MPs to confirm follow up actions. It is likely that we will be calling for your direct support in the future too.

We are extremely sorry to have to send out such negative information but we do wish to keep you informed of the situation and our ongoing frustrations. It is important that you understand the position that schools are in and why this campaign is so vital. An interim funding arrangement of £20m would immediately alleviate the significant issues that children, schools and their families face in West Sussex.

On behalf of all West Sussex Primary, Special and Secondary Schools

← Off to see the Prime Minister!

Our aim is to fully prepare students for life and ensure their success during this crucial stage of their learning journey, so that they can make outstanding progress, academically and personally, to become rounded, confident global citizens.

We have the distinct advantage as a successful school of knowing all our students and so can offer a personalised curriculum that caters for their strengths and individual needs.

We have unique local, national and international partnerships which contribute to our overarching ethos as a Community College and as a Trust School. We are supported by a strong and committed Governing Body and Parent Teacher Association. 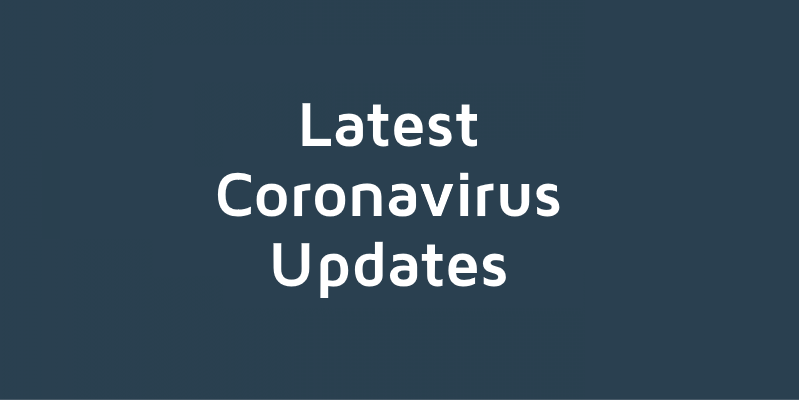 THE COLLEGE IS OPEN WITH A SKELETON STAFF, TO PROVIDE EMERGENCY CHILDCARE FOR THE CHILDREN OF CRITICAL KEY WORKERS PLEASE REFER TO THE COLLEGE WEBSITE FOR STAFF EMAIL ADDRESSES SEE UNDER HOME LEARNING THE SWITCHBOARD/RECEPTION IS NOW CLOSED PLEASE EMAIL OFFICE@BOURNE.ORG.UK OR TELEPHONE 07909 977948 IN AN EMERGENCY Letter to all Parents from YW – […]

Categories: News
Posted on 18 May 20 by Admin
View more News